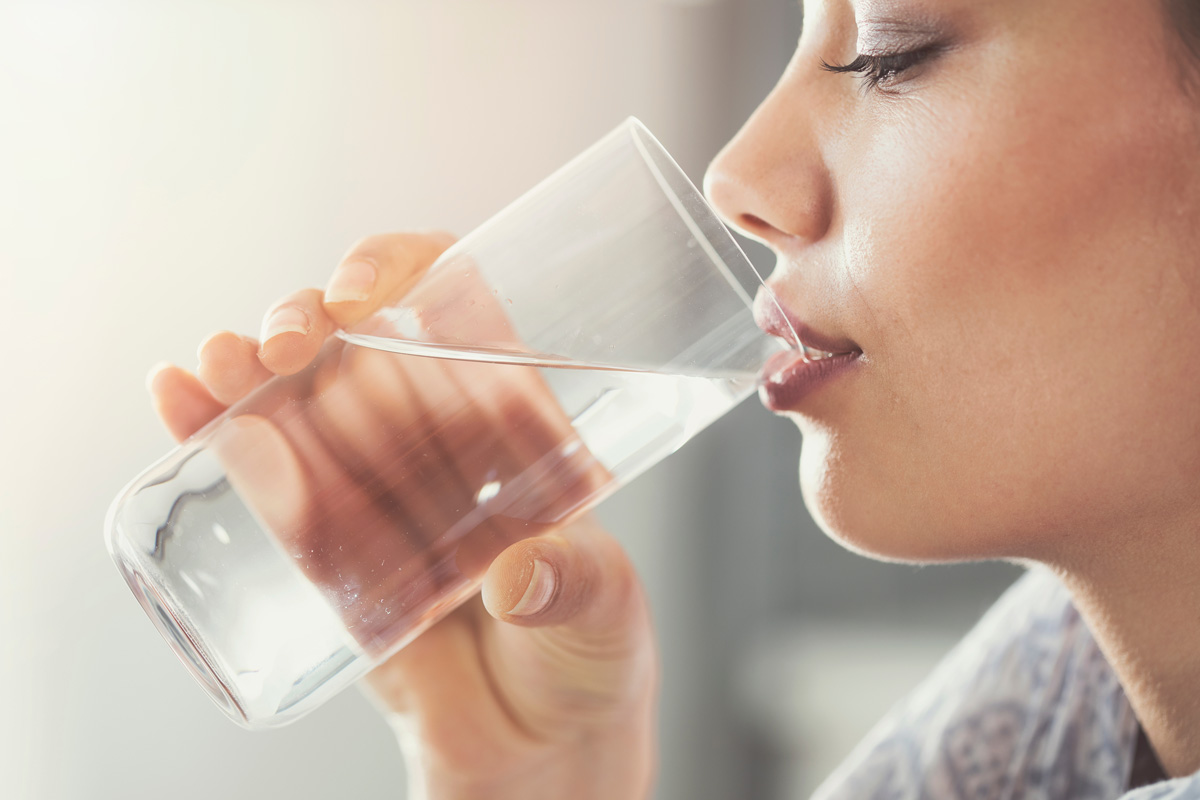 20 Apr Hydrate to prevent the onset of cellulite

Very often people who suffer from cellulite and water retention believe that water further increases their problem. Not at all: cellulite is, in itself, an alteration of microcirculation and taking draining fluids is not enough to combat the unsightly orange peel.

But one thing is certain: drinking water, at least 1 and a half liters a day, helps fight cellulite.

In fact, one of the causes that determine the development of cellulite is the tendency to retain liquids. Water retention is a problem that affects about 40% of women: this is determined by a poor efficiency of the lymphatic circulation that leads to the formation of edema and the accumulation of toxins, which affect cellular metabolism causing swelling of the tissues.

Drinking almost 2 liters of water a day is absolutely not easy, especially if it’s not very hot outside. The best time of day to drink and hydrate is in the morning, before breakfast, 2 glasses of water, as it helps to gently awaken the metabolism and avoid overeating for breakfast. It is important to repeat the same routine before lunch and dinner.

In addition to prevention, there is also a technology capable of making us beat the onset of cellulite over time: we are talking about contact thermography, capable of detecting its presence from the earliest stages when it is still impossible to detect with the naked eye or with palpation.

This represents a real revolution from the preventive point of view: being able to fight cellulite, when it has not yet fully manifested itself, allows you to increase the chances of success, also decreasing the invasiveness of any treatments to which we should normally undergo already presented.

Thermographic analysis of cellulite is based on the use of liquid crystal thermographic plates: a highly professional system capable of showing, in a few seconds, the real condition of the underlying tissues simply by placing the plate on the area to be analyzed.

This peculiarity makes it suitable for anyone, as it does not present any kind of contraindication or invasiveness in the execution of the analysis, also allowing repeatability whenever one wants to check the progress of the results obtained from the treatment or diet

The system exploits the principle whereby cellulite, being a factor that involves microcirculation, causes minimal changes in skin temperature that can be detected by our thermographic plates.

For example, in the hottest areas, conditions of blood stasis can be found, while in the colder ones, the presence of nodules and macronodules; in the absence, however, the tissue is richly sprayed and the temperature is homogeneous.