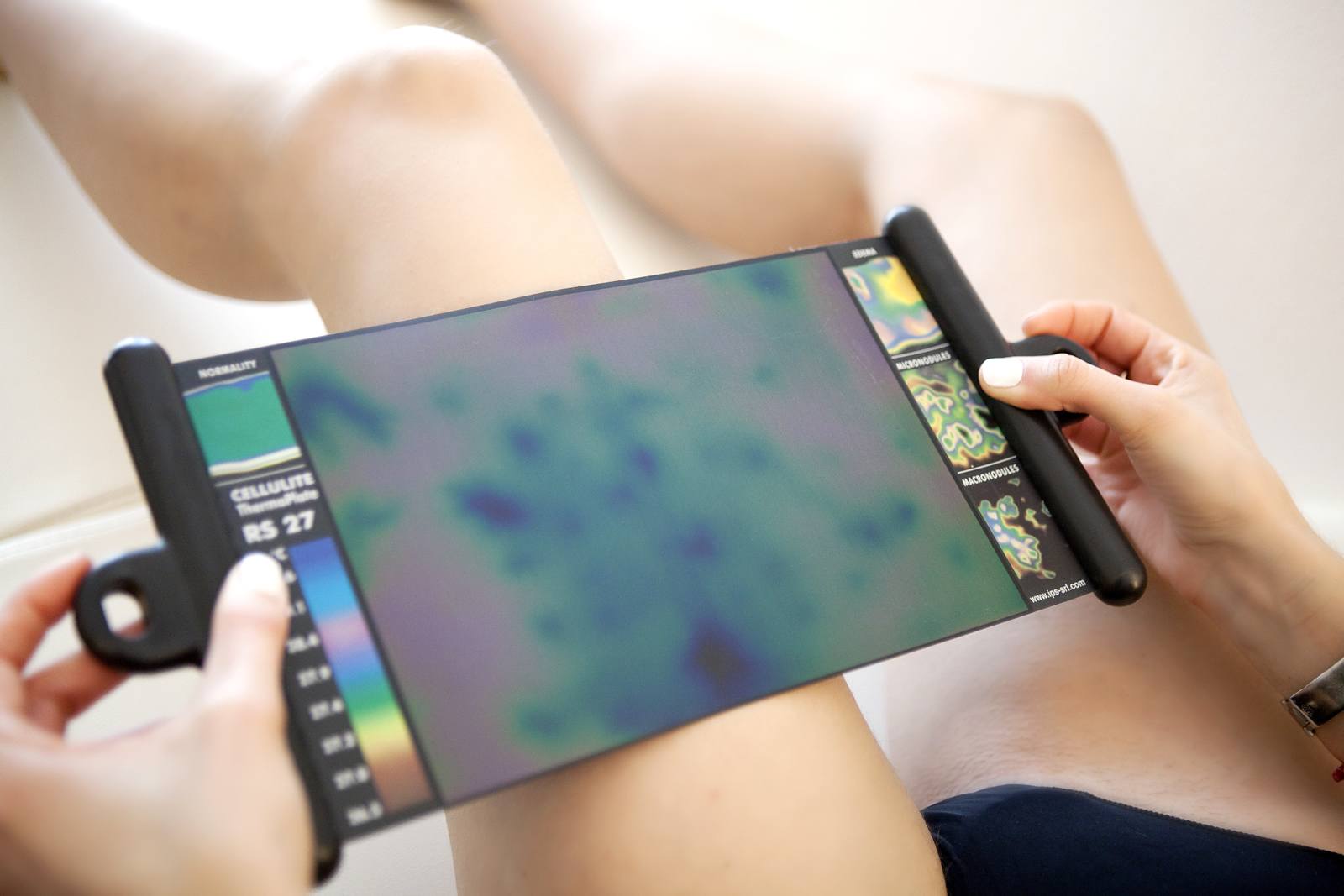 19 Juil How to fight edematous cellulite

Adipose tissue is made up of two types of cells: brown adipose and white adipose.

The brown adipose cell, very scarce in adults, has the function of producing heat, it is found mainly in infants and in hibernating mammals. The white adipose cell, on the other hand, is found prevalent in our adipose tissue and accumulates fat in the form of triglycerides.

Both increase in volume when we gain weight and it is they who undergo morpho-metabolic alterations when cellulite appears.

In women, the structure and distribution of subcutaneous fat are different than in men: the fat cells filled with fat droplets are arranged between fibrous septae in a vertical orientation. In humans, however, the septa have an angle of 45 degrees.

This difference means that when these septae stiffen and become thicker, traction points are created, making the hated orange peel effect. The depressions that can be seen on the skin affected by cellulite are nothing more than the traction points between two fibrous septae swollen with droplets of fat.

How to eliminate edematous cellulite?

Edematous cellulite is the first stage of this disease and occurs regardless of age or body weight and, to counteract it, it is necessary to act by stimulating microcirculation, promoting the elimination of toxins, in order to decongest the adipose tissue.

If there are genetic and hormonal aspects that lead women to be more subject to this imperfection, an incorrect lifestyle also has a considerable impact therefore, against edematous cellulite, it is possible to intervene by adopting a correct lifestyle and making targeted aesthetic treatments.

In both cases, however, it is very important to check the starting situation and the progress over time using contact thermography: a system that is based on the use of plates equipped with microencapsulated liquid crystals.

By placing the plates on the body, thanks to the chromatic variation, it is possible to determine the stage of cellulite (absent, edematous, fibrous, sclerotic) and its distribution.

The analysis of the stages of cellulite, using contact thermography, is a quick, totally painless examination and can be carried out several times to check the progress and effectiveness of the treatments carried out.

The interpretation system of the thermographic images is protected by an international patent owned by IPS, guaranteeing a unique system based on scientific basis.