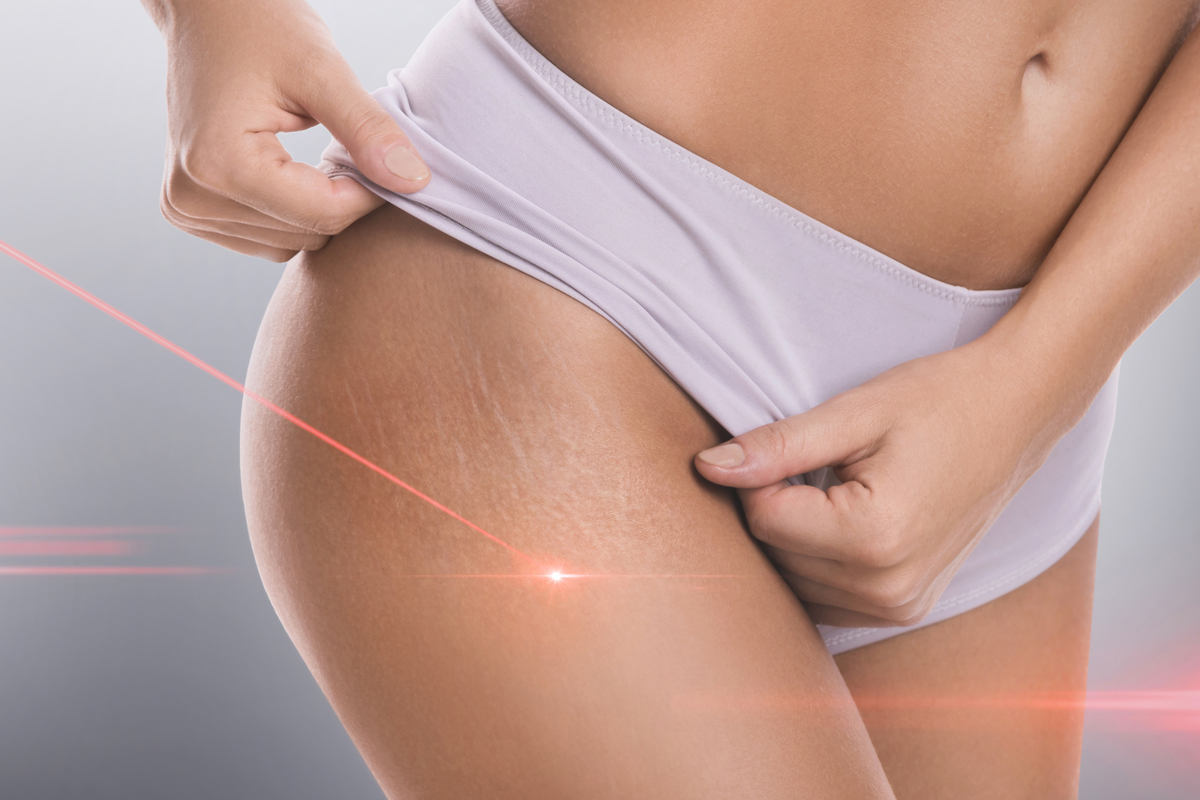 As we know, cellulite is a multifactorial disorder characterized by the well-known “orange peel” blemish, which has now become the nightmare of most women: in fact, it affects indiscriminately at any age.

As always, the best approach is the preventive one, based on a change in diet and lifestyle from an early age; however, it may not be enough as cellulite may already be present even if it is not visible to the naked eye or detectable on palpation.

In this case, and in general before deciding on any type of treatment, we recommend that you undergo a thermographic analysis of cellulite: an easy, fast and non-invasive examination that allows you to detect its presence by classifying it in one of its 4 stages (absent, oedematous, fibrous, sclerotic).

Contact thermography is based on the use of microencapsulated liquid crystal plates which, once placed on the skin of the area to be analyzed, highlight in a few seconds, through a high resolution color image, the composition of the underlying tissues; an analysis that, given the absence of contraindications, can be repeated several times during the treatments to monitor their progress.

Several remedies have been put in place by aesthetic and medical aesthetic research which, over the years, have developed new and increasingly performing machinery: an example is the double laser treatment, a special technology based on lights with different wavelength: the first penetrates into the superficial tissues attacking the fat cells, the second increases the permeability of the cell membrane, allowing fat to migrate into the interstitial spaces.

The heat produced also stimulates the production of collagen and blood circulation, improving the tone and condition of the skin in the treated areas.

The machine consists of a double handpiece that is applied, in the form of a massage, by the aesthetic operator or aesthetic doctor.

The sessions have a variable duration between 20 and 40 minutes depending on the area to be treated and, to obtain tangible and lasting results, at least 8 sessions are recommended (extendable up to 12 on the recommendation of the specialist) divided into two weekly treatments.

Also in this case, contact thermography is very useful because it allows you to immediately detect the first improvements, without waiting to be able to see them with the naked eye.

The double laser treatment is not indicated in case of ongoing skin inflammation, in pregnant women or in people suffering from degenerative diseases or with liver and kidney diseases.

At the end of the sessions, there may be a reddening of the treated skin which will return within a few hours: the treatment is neither painful nor invasive.